In the model 3 different statements are made:

On days with red bars, it is therefore generally advisable to carry out tapping samples in the orchards. 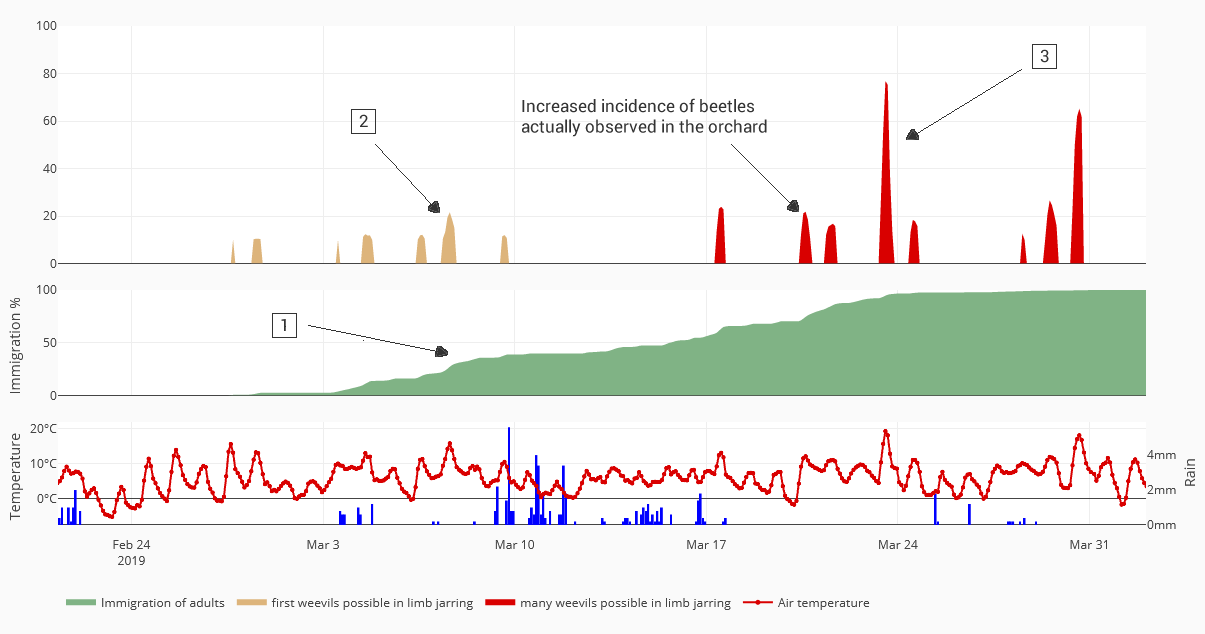